Following this week’s closing of the Ultimaker/MakerBot merger, the combined company is announcing a new name. The entity will be known as [drumroll please] UltiMaker. As far as merged names go, it’s not a particularly exciting one. The new company name is UltiMaker, with a camelcased “M” to acknowledge MakerBot’s place in all of this.

What is, perhaps, more intriguing is the resulting executive shakeup. Current MakerBot CEO Nadav Goshen will be tasked with running the new brand, while Ultimaker CEO Jürgen von Hollen will be stepping away entirely “after assisting with the integration and transition plans for the new company over the coming months.”

“With the completion of the merger behind us, we can now focus on integrating the two businesses further and begin creating significant value for customers with leading 3D printing solutions,” the now-former CEO said in a release tied to the announcement. “During the next few months, I look forward to helping the teams get started and take maximum advantage of the newly afforded opportunities.”

As previously discussed, UltiMaker will maintain offices in both New York and the Netherlands, where the companies are headquartered. 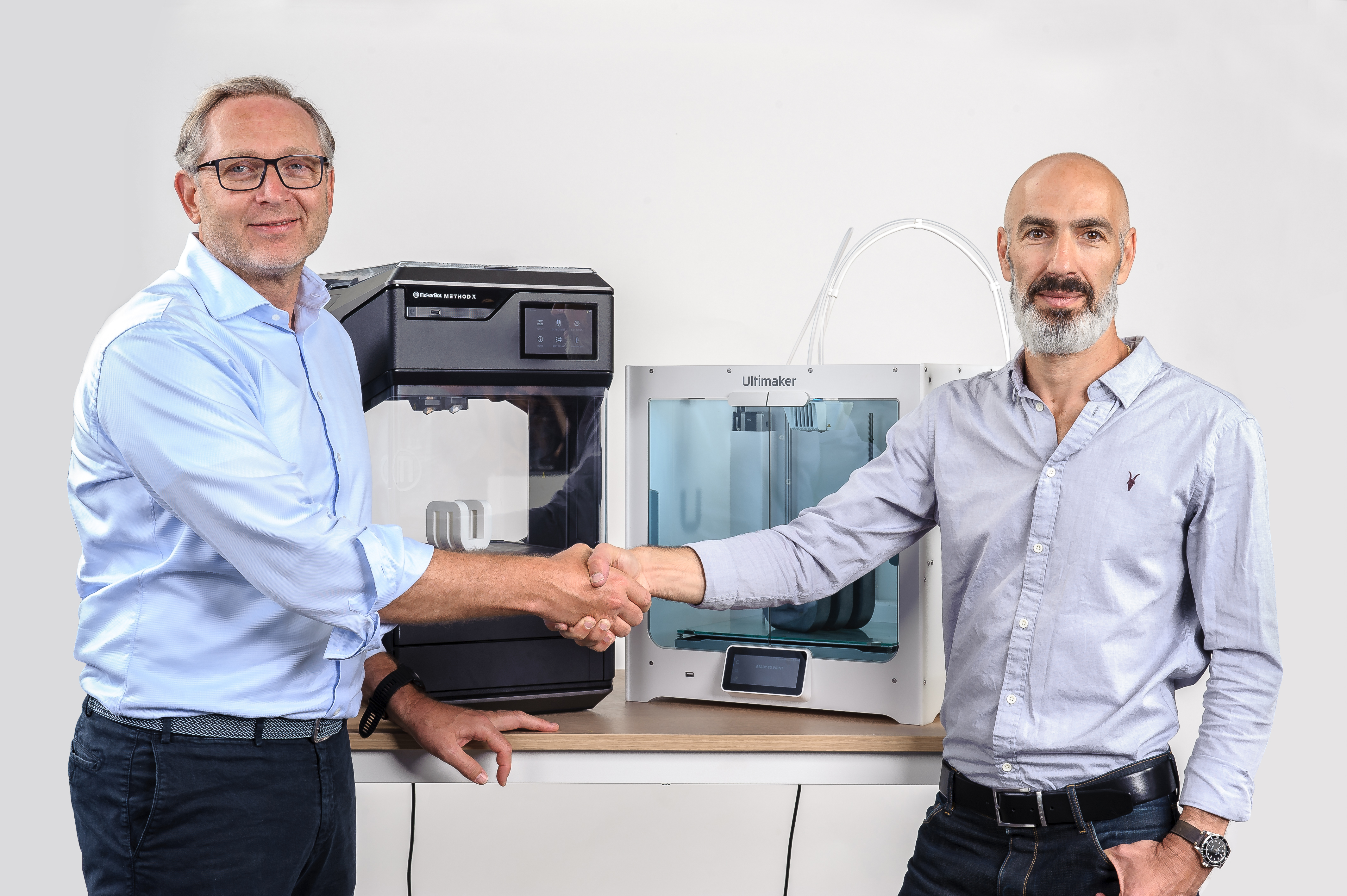 Both brands rode an initial desktop 3D printing bubble to success. Much of that hype has since worn off, and while industrial additive manufacturing maintains heat, these sorts of consumer devices have largely maintained a relatively niche role among hobbyists, prototypers and the educational sector.

When the deal was announced in May, Goshen told me:

The market, instead of stepping up into a more professional product line, went in the other direction. That created confusion among customers and more fragmentation. It’s a very complex technology. We need to invest. By combining the two companies, we now have the scale to invest and step out of the low-end solutions that are out there, to provide something that is engineering grade, easy to use, but still affordable. This is where the market stopped developing. The need to scale and further invest comes from the market and the need to fuel that innovation.

Following today’s news, the executive notes, “By combining our teams and technical expertise, we can work towards developing and delivering a comprehensive portfolio of products to support professional, educational, and light-industrial applications.”