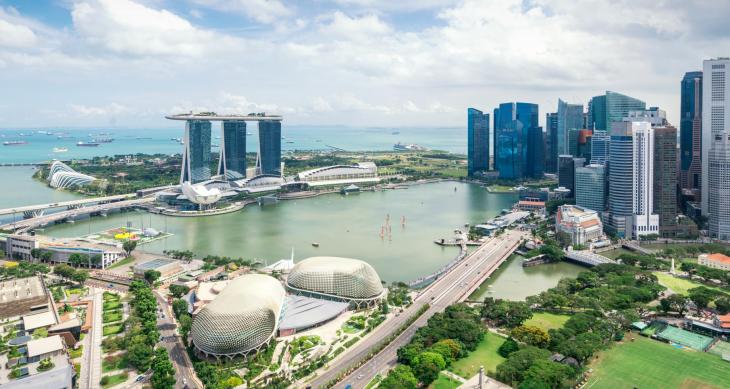 ComfortDelGro, a Singaporean taxi operator, announced Thursday its partnership with Alipay+, enabling tourists from Malaysia and South Korea to use their mobile wallet apps Touch ‘n Go eWallet and Kakao Pay to pay the cab fare in Singapore.

“With Singapore reopening its borders, we are looking forward to having tourists come visit us,” said CEO of ComfortDelGro Taxi Jackson Chia. “As such, our partnership with Alipay+ is a vital one as it allows cashless payment options such as Malaysia’s Touch ‘n Go eWallet and soon South Korea’s Kakao Pay available on board ComfortDelGro taxis, making it more convenient for both Malaysian and South Korean tourists to pay for taxi fares.”

Chia added that the partnership will offer convenient payment options without the need to exchange local currency as customers are able to pay the taxi fares upfront on their own mobile apps – Touch ‘n Go eWallet or Kakao Pay.

The number of visitors to Singapore in the first four months of 2022 already has exceeded the whole of last year, according to a report by The Straits Times. The company says Malaysia is one of the top countries where the most tourists are from, and South Korea is also an important traveler source market for Singapore.

Singapore’s largest taxi operator, which owns a fleet of about 9,000 Comfort and City Cab taxis in the country, currently supports more than 20 different cashless payment options, while Alipay+ supports e-wallets across the globe, including the Philippines-based GCash, Thailand’s TrueMoney, Alipay Hong Kong and more.

“Through the support and collaboration with ComfortDelGro Taxi, we aim to deliver to all users of mobile payments supported by Alipay+ a seamless and smart digital travel experience in Singapore, where they can pay with mobile wallets, they are familiar with,” said Cherry Huang, general manager of Ant Group’s global merchant partnership team in South and Southeast Asia. “This partnership also comes at a great time, as Singapore leads the way in opening up its borders and welcomes tourists back in the city-state.”